Most of you have a misconception that spiders are poisonous, but spiders are venomous creatures. Let’s get to know the difference between being poisonous and being venomous.

Spiders usually inject the venom to its prey with fangs.

So, now you know the difference between being poisonous and venomous. Let’s move on to the list.

All around the world, people are nervous about spiders and they don’t want to have any association with the critters. The fear of spiders which is also known as arachnophobia is one of the most common fears people have. And there is a good reason for it.

Although most spiders are not harmful to the human, there are several deadly ones with the ability to kill you with a single bite. And this list will reveal the top ten araneae you want to stay away from. Although the venom from this spider is not fatal to a human, it does gives your complication like stomach ache and vomiting which lasts for almost eight hours. However, one bite from this spider can kill a large dog within thirty minutes.

Despite being less critical in term of venom, the bite from its long fangs can actually cause swelling and immense pain. According to a researcher who was bitten by whistling tarantula, described that the pain caused by the bite was so intense that it was impossible to sleep even for a minute. Moreover, the fingers and the upper hand were swollen after fifteen hours of the bite.

It is important to seek immediate medical attention though you won’t die bitten by Whistling Tarantulas. One of the widely distributed spider species, Yellow Sac Spider has a size range of only 3mm to 15mm. You might have come across this spider over the years without giving any thoughts about them due to their small size. You need to know that size actually matters when it comes to spider bites.

Researchers found that Yellow Sac Spider’s venom contains a substance called cytotoxin. This deadly substance can cause cellular death. The bite from this spider is easily recognized, as their bites are extremely painful.

But, don’t worry. The bite from Yellow Sac Spider would not kill you. Sadly, the pain you might go through will make you think that death would have been a better choice. There are no deaths reported to date. These spiders have aggressive defend ability when they feel the territory is threatened. The last thing you ever want to do is threaten their egg sacks.

The venom injected causes limited necrosis of the skin around the area where the bite occurred. It almost takes 3 to 4 weeks for the bite to heal.

Brown Recluse Spider is considered as one of the most feared spiders for its venom. The venom from this spider does not cause death but it will completely cause the death of tissues as its venom is said to be highly necrotic. The way the venom of this spider works is identical to the venom from a rattlesnake bite. The tissues at the bite location result in dead tissue.

The main problem of Brown Recluse Spider bite is that the bite is not felt initially and does not cause any pain. The severity of the bite often depends on the necrosis level and not all bites lead to tissue death.  Studies on this spider indicate that only 37% of bites resulted in skin tissue death.

The necrosis can also cause hemolysis (red blood vessels busting) among people. The necrosis in their venom is what makes these spiders cause fear among humans. If the bite is untreated, it could cause gangrene to a large portion of the skin. The Redback Spider is often called as the Australian Black Widow. And these spiders are often mistaken for Black Widow due to its similarity and colour. But there is a red mark found on the back of the female spiders.

These spiders are extremely venomous as the venom contains various types of neurotoxins which causes unbearable pain to humans. The good part is that Redback Spiders don’t bite with full venomization and often hold back their venom for their prey. If they deliver a full load of venom in its bite, it would cause instant death to a human.

There are no deaths recorded from Redback Spiders bite since 1956 after the antivenom was invented. Before the antidote was found, a single bite from these spiders results in death. And it’s the same today if the antivenom does not reach the victim in time. Unlike other spiders, these spiders will strike anyone if it feels threatened. The venom from this spider can cause muscle fatigue, excessive sweating near the bite area, nausea and vomiting.

In 2016, the BBC reported that an Australian man was bitten by Redback spider in the toilet. The Brown Widow Spider is often considered a one of Black Widow’s dangerous cousin. Brown Widow Spider has a particular neurotoxin in its venom which results in a complicated medical condition which is named Lactodectism. The venom is of Brown Widow is deadlier compared to Black Widow. But, due to the stingy nature of the spider, it does not completely utilize it’s venom when it bites humans.

These spiders only bite animals or human that disturbs them. The bite from Brown Widow Spider will cause immense pain. Although there were no deaths recorded from their bites, people have described that the pain caused by the bite is like getting hit by a heavy object.

The bite will cause immediate pain and starts to contract the muscles. If the bite is left untreated, it can lead to spinal or cerebral paralysis. These spiders are widespread around the world and often found in developed countries. The Six-Eyed Sand Spider is a close relative to Brown Recluse Spider. These spiders are only found in deserts and particularly in Southern Africa. These spiders have the special ability to camouflage as their body is covered by tiny hairs called setae.  The tiny hair helps the spiders to gather sand particles and create something like a body armour and buries itself under the sand.

It waits patiently for its prey to ambush and kills it instantly. Six-Eyes Sand Spiders rarely attacks human. But when they do, the bite can be extremely dangerous.

Like other spiders, these spiders do not utilize their complete venom when they bite as they preserve their venom to get food to eat. It’s a good thing because the venom from these spiders contain cryotoxin which has the ability to destroy tissues and organs.

If the spider bites with its full venom can cause haemorrhage and also leads to liver and kidney failure. As there is no antivenom available for Six-eyes Sand Spider’s venom, death is certain.

We can have a good relief as there are no cases recorded till now of humans getting bitten by these spiders.

The Black Widow Spiders are some of the most famous yet notorious spiders on Earth. The terms “Black Widow” has merged into our culture where the woman that kills their husband is called Black Widow. Even Marvels decided to name one of their main characters after this famous breed of spiders.

These spiders are widely found in Africa, North America, Central America and West Indies. Don’t be surprised to see one crawling around your backyard.

According to National Geographic, Black Widow is the most venomous spider in North America. Their venom is 15x stronger than a rattlesnake. Pretty scary right!

A bite from Black Widow will look like a small tiny pricking on skin. But, don’t let the bite mark fool you. The venom contains neurotoxins that course through the veins and cause paralysis of diaphragm which results in difficulty in breathing. According to theories, a bite from this spider can kill infants and the elderly. But the good news is, no death cases ever recorded from Black Widow’s bite. As mentioned earlier, the Brown Recluse spiders are feared for their venomous bite, but their Chilean counterpart is more aggressive. The Chilean Recluse Spider is the most dangerous spiders of all the Recluse Spiders as their bite can cause serious damage to human or result in death.

But, like other Recluse spiders, these spiders only bite when they are threatened and they don’t really have interaction with humans. Research shows that the venom of Chilean Recluse Spider contains dermonecrotic agent which severely damages the skin tissue in the are the bite took place.

The bite leads to death when the bite is near to the heart or kidney. The venom from this spider causes renal failure if bitten with full venom but such cases are extremely rare. Researchers found that the venom of Chilean Recluse spider is 15x more toxic than a cobra and 10x more potent than sulfuric acid.

There are many toothy animals found in Australia, but there is one spider that claims to be the most dangerous of them all, The Sydney Funnel Web Spider. Guinness World Records listed the spider to be the most venomous spiders in the world in terms of toxicity to humans.

The venom from Sydney Funnel Web Spider is harmful to primates ( the group that contains all the species commonly related to the lemurs, monkeys, and apes) which also includes humans.

The venom from this spider contains a substance called Delta atracotoxin which is coursed into the primate’s nervous system. These spiders do not hold back when they bite and utilize their full venom. There have been a number of deaths caused by these spiders until an antivenom was developed in 1991. The last but the most dangerous of them all, the Brazillian Wandering Spider. The most feared spider around the world. Unlike other spiders which build a web to trap their prey, these spiders hunt their prey instead. And the most fearsome part, the prey includes humans as well.

Brazillian Wandering spiders hide inside bunches of bananas and wait for their prey that pass by or sometimes the human that comes to harvest the bananas.

The bite can cause death to human just within an hour if left untreated. As humans are not their actual prey, they do not bite humans with their full venom. There are unusual side effects from their bites where males may experience the most painful erection in their life which lasts for hours.

If you ever come across these spiders crawling in some bananas, just avoid them at all costs. You don’t want to take the risk of getting bitten by this venomous spider. 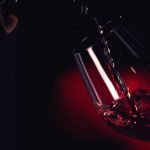 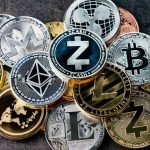 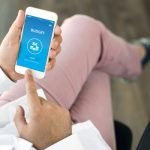